Is Google+ the Key to Social Networks?

After just one week using Google Plus (Google+) the only thing I can say is that I’m super impressed.

It all started with an invitation in an ancient tongue scratched on the door of my Hobbit warren by an old and wise wizard.  OK…it was a Google+ invitation email from a geeky friend, but stick with me here…I know he owns a twelve-sided die.

With Google Plus’s cool features, slick interface and seamless integration with other Google services it is easy to forget that this is a system still in its infancy.  Facebook and Twitter should be shaking in their boots – it is that good.

Google has finally managed to create a social networking site that firmly puts the user in control of sharing, giving this new social networking tool a huge leg up over the competition.  With Facebook I never felt sure of who was seeing posts and, as a result, avoided “friending” a significant number of people just in case.  No more…

Facebook has something similar but it is buried, confusing and, frankly, Facebook’s privacy controls are a joke.  I fully expect Zuckerberg to make everything public as soon as there’s  a buck to be made.  (Hmmm….I think he might actually be Sauron.)

So what is Google+ all about?   For those considering dipping a ‘Hobbity toe’ into the water, here are a few of my favorite items discovered this past week:

Easily the most important revelation to Google Plus is Circles – the ability to categorize people based on how they fit into your life and then use that to limit sharing.

People can be in more than one circle, so you could have the same person in your Friends, Work and Motorcycle circles, for example.  Posting about your drunken escapades of the previous night? Send it to your Friends circle only.  Your upcoming weekend ride? Post it to your Motorcycle circle.  Or if posting about your motorcycle vacation then send it to the Friends and Motorcycles circles, but NOT to the Work circle.  In this way, you can spare people from chitchat they are not interested in but, more importantly, you can avoid sharing too much with those who need not know (i.e. the boss).

It is easy to go overboard, so my advice is to keep things simple:  I have nine different circles set-up, including one where we can finally share those raunchy jokes with no fear of offending those with more delicate ears (err…eyes….)

Chalk another one up to things I didn’t know I needed until someone invented it.  Who (I wondered) would randomly open a ‘hangout’ and wait for people to come visit for a video chat?

But people do, and when you join them, it’s a real hoot!

Google Plus allows up to ten people to video chat, and even simultaneously watch a shared YouTube video!  This all makes Facebook’s recently announced Sykpe offering look pretty lame frankly.  Plus you can limit to specific circles (so you can avoid Gollum dropping in and spoiling the fun.)  Very cool indeed!

As with Facebook, if you comment on someone’s post, you will start to receive updates as other people comment.  Unfortunately, there are some noisy ‘Goblins’ out there, so the ability to mute those conversations that go viral has proven to be very handy.

Have a little free time on your hands?  Great – then use Sparks to create a custom magazine from the web.  And if you see an interesting article, then sharing those in your stream is as simple as can be.

Google+ has only been around for a few weeks and has already gained a over ten million users (despite being invitation only) and many accolades.  But calling it a Facebook killer is still premature.  You don’t kill something with a 750 million user base overnight.

Let’s face it, it’s the people that make social networks and most people are only going to switch if their friends also switch, which is going to cause many people to start those “I will if you will” conversations.  If they wait too long then Google+ is dead.

And let’s not forget that some people that have spent years building their Facebook profiles, and are not going to be easily swayed by the latest and greatest trend, unless it is significantly better and allows them to bring their digital baggage with them.

So where do we go from here?

Well, let me ask you a simple question.  Do you remember the days when you could only make a phone call to someone if they were on the same network as you?  Neither do I, but that was how it once was.

Google Plus could be the key that cracks open the social network world.

Today I keep things separate by using different social networks:  Facebook for friends, LinkedIn for business folks, SocialCast for specialist groups, and multiple private email distribution lists.  With Google Plus I could manage all of these in one place just by using Circles.

Facebook is obviously scared by the perceived Google Plus threat, as they have already shut down their export functionality to keep people from jumping ship.  If that doesn’t work the next step to stop people leaving could be by allowing a bridge between Google Plus and Facebook.  People can then choose whichever platform they are most comfortable with, but still interact with everyone.  What an awesome evolution to social networks that would be! 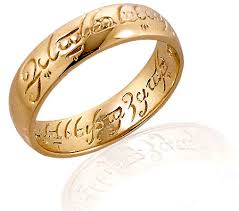 It all comes down to circles – or would that be rings?  Maybe J.R.R. Tolkien was thinking ahead when he penned those famous lines “One ring to bring them all, and in the darkness bind them.”

Filed under Technology, The Human Condition